Life in orbit - many interesting surprises "When we have to sneeze in our spacesuit, we lean our heads forward and sneeze into our chest, to keep it from splattering on the visor."
(NASA/Michael Edward Fossum)

Very few people know what it's like to live in space. Only 538 people — out of a population of more than 7 billion — have had the chance to orbit Earth, and an even smaller number have spent an extended period of time there.
So what have they learned? In recent years, five astronauts have done Ask Me Anything interviews on Reddit, answering questions about subjects both profound (the life-changing experience of looking down at the Earth from above) and utterly mundane (what it's like to sweat, fart, and sneeze in space).
Together, their answers provide one of the most candid accounts of what it's really like to be in space. Here are some of the things they've revealed:


1) Launching into orbit is a terrifying thrill 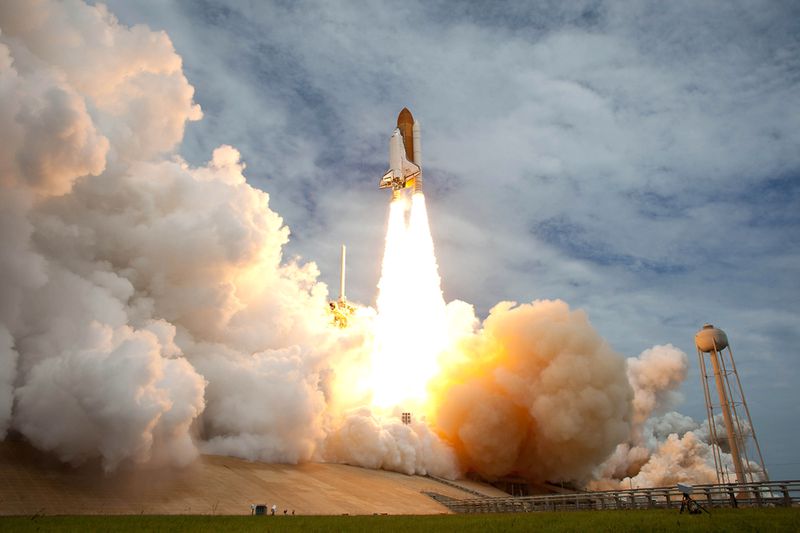 "When we went through Mach 1 [the speed of sound] on my first flight, I was so overwhelmed by the increase in vibration that I thought for a minute that something must be wrong (i.e. 'Are the wings going to fall off?!')," wrote Jeff Hoffman, who made the first of his six Space Shuttle flights in 1985.
"But I realized that there had been numerous shuttle flights before, and the vehicle had always held together, so I just hung on and enjoyed the ride."

"When a visiting vehicle docks with the space station, there is 'space' between the two vehicles. Once the pressure is equalized and the hatch is opened, you have this metallic ionization-type smell. It's quite unique and very distinct," Mike Hopkins wrote last June, a few months after returning from the space station.
"The airlock smells like ozone, or gunpowder," wrote Chris Hadfield during an AMA he conducted in orbit. "It likely comes from the gentle offgassing of the outer metal and fabric of our suits." 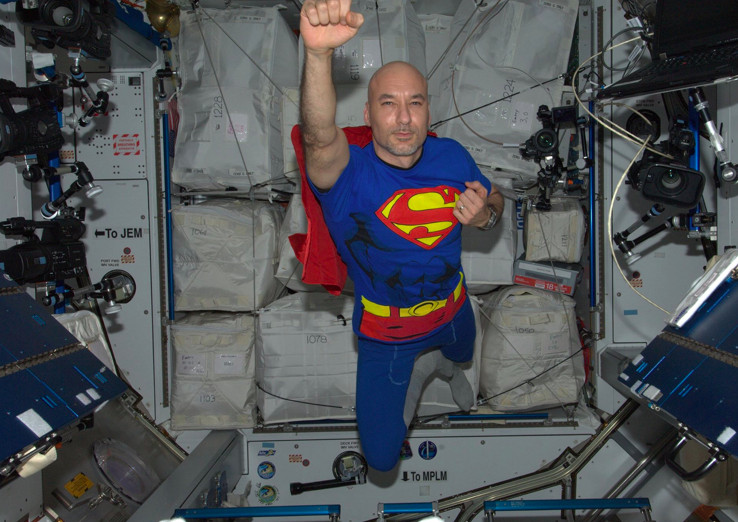 Hadfield's favorite thing to do in the reduced gravity environment of the ISS, he said, is to "simply fly -— to push off and glide magically to the other end of the station. It makes me smile to myself, every time."
"We even pose for Superman-like pictures, normally with a big goofy grin on our faces," he wrote in a second AMA after returning. "But the inside of ISS is small enough that superhero leaps often end in a tumbling crash into the other wall." 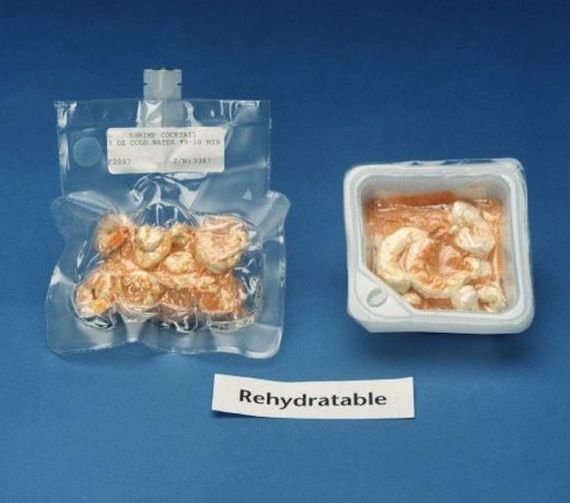 Asked about his favorite food from the Apollo days, Buzz Aldrin remembered the dehydrated shrimp cocktail. "[The food] was mostly freeze-dried so we had to add water to the container and let it set," Aldrin wrote. "We had very small shrimp that had a little bit of cocktail sauce, and when exposed to water, were very very tasty."
Decades later, Hoffman also named shrimp as his favorite. "The reason is that your sense of smell and taste are reduced in weightlessness, probably because of the fluid shift to the upper body, which fills up your head and makes you feel a bit like you have sinus congestion," he wrote. "The shrimp in the cocktail were not great, but the sauce had a lot of spicy horseradish, and it really opened your head up. I had a shrimp cocktail before every dinner!"


5) Sweat has nowhere to go in space

"The sweat actually sticks to you," Hopkins wrote. "It pools on your arms and head. It can pool and get in your eyes, too. If you are running, it does fling off onto the walls and stuff, and then you are cleaning the walls around you. So you have to towel off often to keep it under control."
"The interesting part is that the sweat does go into the condensate system that gets recycled. Eventually after the towels dry off and the water is recycled, it becomes drinking water." 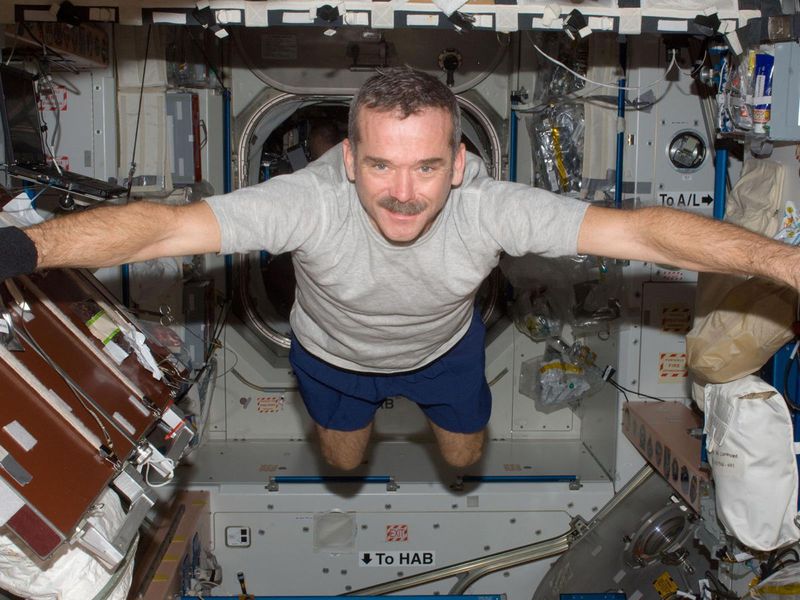 Commander Hadfield, not propelling himself around with flatulence. (NASA)

Hadfield observed that he experienced increased flatulence in orbit — "because it's impossible to burp when weightless (the gas, liquid and solid in your stomach all mix together)," he wrote. "As an experiment, try standing on your head and burping."
Alas, releasing this gas didn't give him an additional way of getting around the space station. "We all tried it," he wrote, but the farts were "too muffled, not the right type of propulsive nozzle."


7) Sex in space might be possible. But it's probably not a good idea.

Although microgravity would present all sorts of difficulties for people trying to have sex in space, it's probably possible. And when a Redditor asked Ron Garan, a retired astronaut who did an AMA last month, if one can achieve an erection in space, he coyly responded, "I know of nothing that happens to the human body on Earth that can't happen in space."
But as far as is publicly known, no astronauts have ever done it. "With a small crew, the interpersonal psychological effects would be complex and perhaps destructive," Chris Hadfield wrote. "Astronauts are just people in space, but we are professionals and crewmembers, and mutual respect and team success is key."


8) You rarely get sick on the space station


"There's no one to catch a cold from. The worst that can happen to is get a headache (they feel the same, take a headache pill, no biggie), or to get injured (I scraped my knee on a sharp corner)," Hadfield said.
However, he did add a note of caution: "Throwing up is problematic, as without gravity, your vomit bounces back off the other side of the barf bag into your face. Plan ahead, bring a cloth to clean up. And tightly seal the bag - you live in the same air as the trash."


9) But sneezing in a spacesuit is messy

"When we have to sneeze in our spacesuit, we lean our heads forward and sneeze into our chest, to keep it from splattering on the visor," Hadfield wrote. "Still messy, but the best compromise — clean it up when you de-suit."


10) Microgravity really does make you taller

"Without gravity...the fluids in my lower body partially migrated upwards, filling up not only my head...but also the discs in my spinal column," Hoffman wrote. "Combine that with gravity not pulling on my spine, and I grew 2" (5 cm) in space. This growth causes mild back pain for many astronauts, usually lasting only a day or two. The extra height goes away very quickly once you return to Earth." 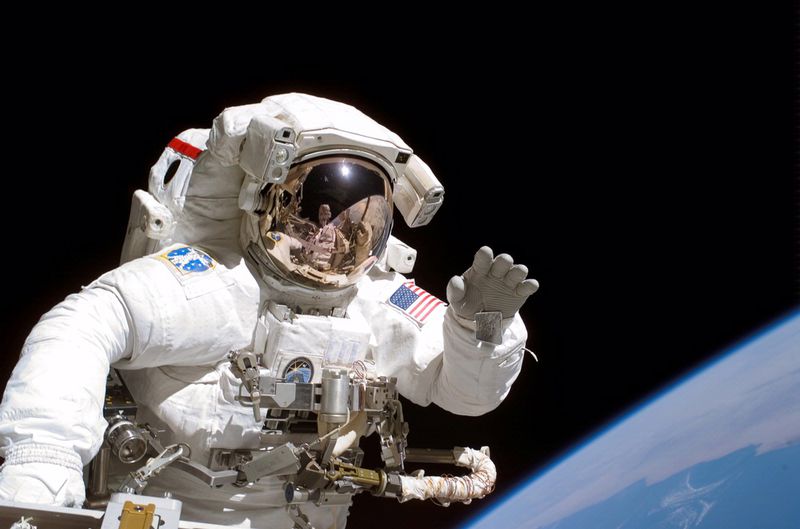 "It really does take your breath away. You open that hatch and you look at the Earth — it's one of those times in your life that you will remember forever," Mike Hopkins wrote.
"It was the most magnificent experience of my life," Hadfield wrote. "Alone in a 1-person spaceship (my suit), just holding on with my 1 hand, with the bottomless black universe on my left and the world pouring by in technicolor on my right. I highly recommend it."


12) The movie Gravity gets a lot of important details right

"The depiction of people moving around in zero gravity was really the best I have seen," Aldrin wrote. "To a person who's been in space, we would cringe looking at something that we hoped would NEVER, EVER happen."
Hadfield agreed: "They got the immensity and tumult of it just right, the feeling of tininess in a vast universe, with an ever-omnipresent Earth."

"Sometimes we hear pings as tiny rocks hit our spaceship, and also the creaks and snaps of expanding metal as we go in and out of sunlight. The solar panels are full of tiny holes from the micro-meteorites," Hadfield wrote. "I watched a large meteorite burn up between me and Australia, and to think of that hypersonic dumb lump of rock randomly hurtling into us instead sent a shiver up my back."


14) Looking down at Earth is a life-changing experience 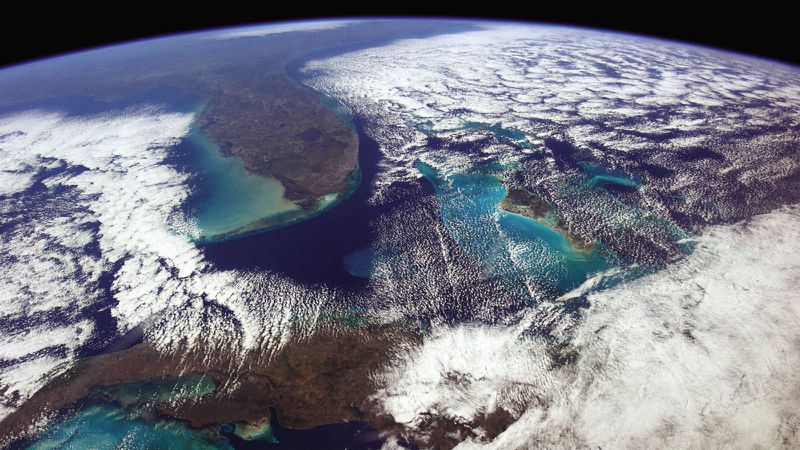 "It takes your breath away. It's surreal," Hopkins wrote. "It's also amazing how much you can see and how far in front of you that you can see."
The view, says Hoffman, reinforced to him "that the Earth is an oasis in space, with finite resources, and that we must protect it. Many astronauts have returned from space with much more of an ecological sensitivity than before their flights."
It did the same for Garan. "The view that we all have a responsibility to leave this place a little better than we found it and that we are one human family riding through the Universe together on Spaceship Earth was a view I had when I launched into space," he wrote. "Going to space made this concrete and obvious to me and the experience itself help[ed] me to find the words to describe this perspective better."


15) The moon is indescribably desolate 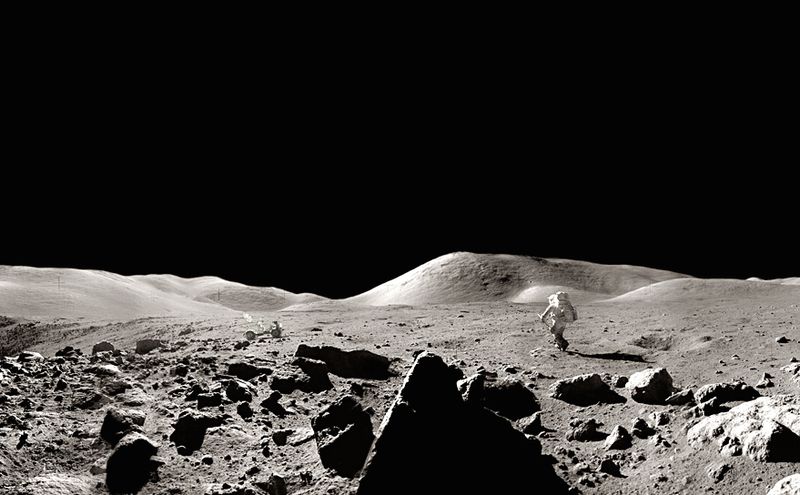 "My first words of my impression of being on the surface of the Moon that just came to my mind was 'magnificent desolation,'" Aldrin wrote. "There is no place on Earth as desolate as what I was viewing in those first moments on the lunar surface."
"What I was looking at, towards the horizon and in every direction, had not changed in hundreds, thousands of years," he wrote. "Beyond me I could see the moon curving away — no atmosphere, black sky. Cold. Colder than anyone could experience on Earth when the sun is up."


16) Reentry is just as terrifying as takeoff

"Atmospheric reentry after being in orbit is quite dramatic!" Hoffman wrote. "You are surrounded by white hot plasma at thousands of degrees. The view of your fiery wake out the rear window is spectacular."
Posted by Volly at 12:18 AM No comments: