Suit-Wearing Horse Is Dressed To Impress

A horse sporting a custom-made Harris Tweed three-piece suit (with matching tweed cap) impressed thousands of attendees at the 2016 Cheltenham Festival. A team of seamstresses employed over 18 metres of authentic tweed from the Scottish Isle of Harris in crafting the equine's uber-fashionable ensemble. 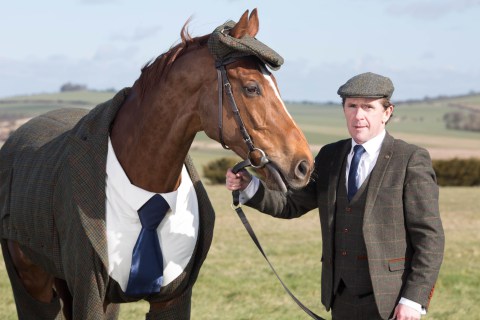 Tweed – a woven woolen fabric long-associated with upper-class outdoor recreational activities such as fox-hunting, skeet shooting and horse racing – is said to be enjoying a revival of late, and the Cheltenham Festival in Gloucestershire is famed for its crowds of tweed-wearing attendees. What better place, therefore, would there be for a horse to sport some serious tweed?

The model for this “mane” event was Morestead, a veteran thoroughbred who was accompanied by champion jockey Sir Tony McCoy, himself nattily attired in the classic fabric. “I have many fond memories of racing at Cheltenham Festival amongst the sea of tweed-wearing racegoers looking on,” commented McCoy, who can proudly list 31 Cheltenham Festival winners on his resume. 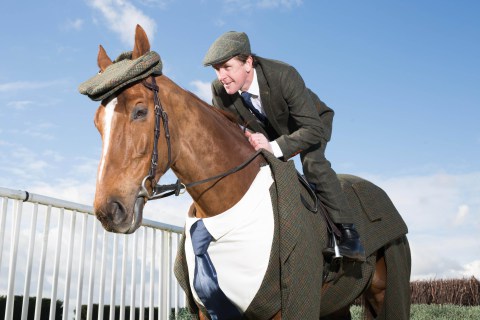 It was Morestead, however, who hogged the spotlight today thanks to his immaculately tailored tweeds. Credit bookmaker William Hill with commissioning the unique outfit and former Alexander McQueen apprentice Emma Sandham-King with overseeing its creation.

After receiving a copious shipment of genuine tweed fabric from Scotland's Isle of Harris, Ms Sandham-King and a hand-picked team of seamstresses and tailors got down to the business of suiting up a horse – an undertaking that took a full four weeks to complete! 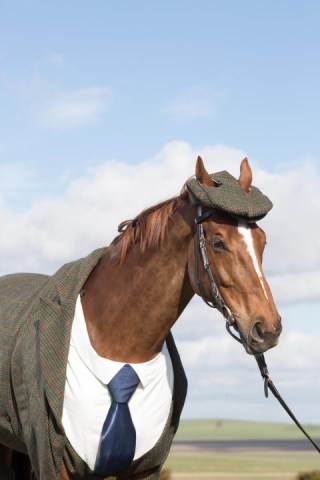 Why The Long Face?


“Creating the world's first tweed suit for a horse has been one of the biggest challenges that I have faced in my career as a designer,” explained Ms Sandham-King. “We have used 18 metres of genuine Harris Tweed to create the head-turning fashion garment,” she added... about 10 times the amount used to tailor a suit for a human being.

As for the horse, one might say he was as stalwart and stolid as a stallion. “Some models can be real divas,” confirmed Sandham-King, “but veteran racing horse Morestead was calm and a pleasure to work with.” Methinks Morestead was anticipating a warm reception from the mares when he shows off his natty tweeds at the stud farm. (via Aberdeen Journals Ltd)
Posted by Volly at 11:25 PM