The Little Navy Ship That Sailed 3,000 Miles to Escape the Japanese 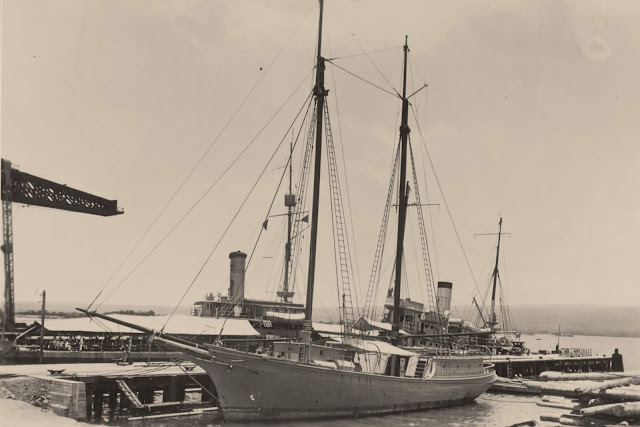 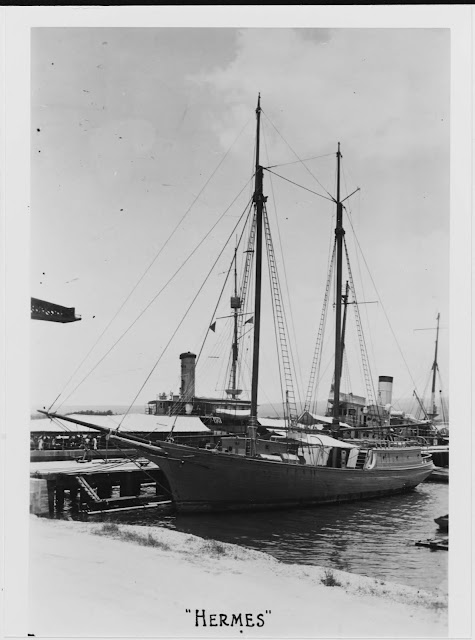 Lanikai finally got underway from Cavite on the afternoon of December 7 (still the 6th in Hawaii), though she didn’t go far. In accordance with his orders Tolley dropped anchor just inside the entrance to Manila Bay; departing vessels were only allowed to navigate the channel through the offshore minefields during daylight. Everyone but those on lookout duty settled in for the night, unaware that events already transpiring in Hawaii would make their assigned mission irrelevant and change their lives forever.

Just before 5 a.m. on December 8 Lanikai’s radioman awakened Tolly with a short but startling message that had just arrived from Hart’s headquarters. The first sentence, “Orange War Plan in Effect,” informed the schooner’s skipper that the United States was at war with Japan, and a second line ordered Lanikai to return to Cavite. Once back at the Navy Yard Tolley learned the details of the attack on Pearl Harbor. He and other officers were also told that a Japanese assault on the Philippines could be expected at any moment, and that they should make themselves and their ships ready to undertake whatever missions Hart deemed necessary.
Lanikai spent the first weeks of World War II in the Pacific running errands in and just outside Manila Bay—moving equipment and personnel, patrolling, and  attempting to avoid the Japanese air attacks that were systematically reducing American installations to smoking rubble. The steady southward advance of enemy ground troops from their landing beaches on Lingayen Gulf made it clear that the entire Manila area would soon come under direct attack, but on December 24 General Douglas MacArthur—commander of U.S. Army Forces Far East—declared Manila an open city, meaning that it would not be defended so that the Japanese would not destroy it. His pronouncement, made without prior consultation with Hart, completely undermined Navy plans for a prolonged defense of the installations surrounding the bay. The Asiatic Fleet commander had no choice but to order the destruction of all remaining facilities and the scuttling or dispersal of surviving vessels. Hart himself would eventually make his way by submarine to the relative—and temporary—safety of Dutch-controlled Java, but for many of those in his ravaged command the future held only capture, imprisonment and death.
Fate had something else in store for Lanikai and those aboard her, however. Tolley and his crew—now numbering seven Americans and 12 Filipinos—made a final sweep of abandoned storehouses for food, water, diesel fuel, an additional machine gun, ammunition and other essential gear. After being quickly camouflaged with salvaged green paint and taking aboard six additional men—two Navy officers, three enlisted men and a Dutch naval officer who were also seeking to escape the oncoming Japanese—under cover of darkness on December 26 Lanikai turned her bowsprit toward the open sea.
***
Tolley’s plan was to sail for Java, where he assumed British, Dutch and American naval forces would be massing. The most obvious danger during the nearly 2,000-mile passage was discovery by Japanese ships or aircraft—a threat the schooner’s skipper hoped to evade by sailing only at night and tying up in secluded anchorages during daylight. But there were other challenges as well. While he and several others aboard Lanikai were proficient in celestial navigation, Tolley had only a few basic charts and a library atlas to rely on. It would also be necessary to replenish the ship’s fresh water and food supplies; while the former could be supplemented by captured rainwater and the latter by fish hauled from the sea, it was more than likely that those aboard Lanikai would have to run the risk of bartering with local people encountered during the voyage—people whose loyalties couldn’t be known for certain. And there was one other serious problem: The military radios installed aboard the schooner for her aborted trip to Indo-China had failed even before the ship left Manila, so her only contact with the outside world would be Tolley’s personal and very temperamental commercial radio.